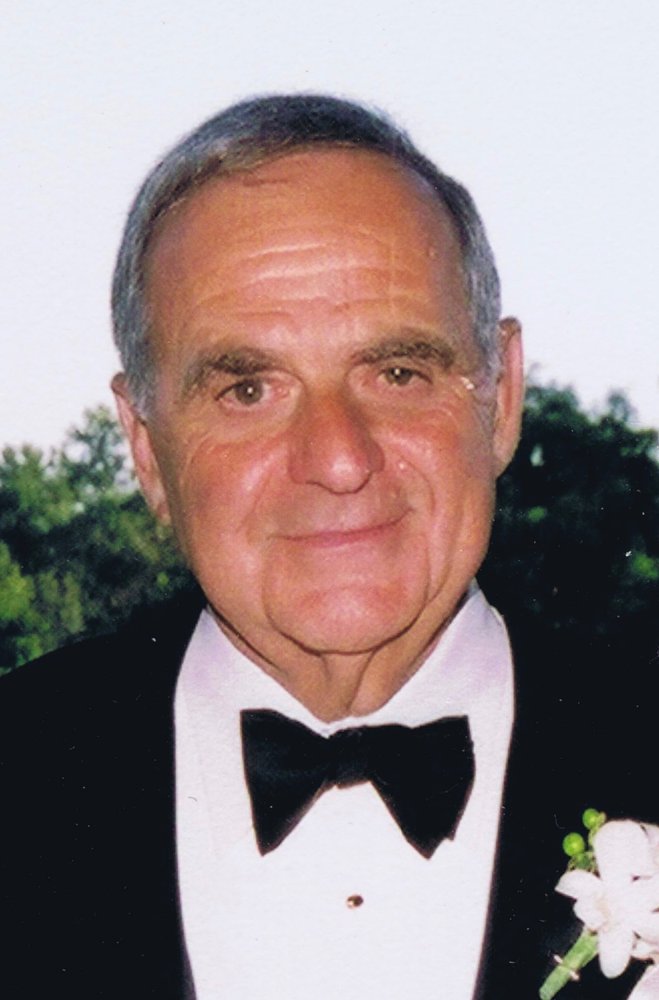 On Saturday, September 21, 2019, his 82nd birthday, long-time New Canaan resident, Victor ‘Vic’ Ferrante passed away peacefully after a prolonged battle with cancer.  Vic was born September 21, 1938 in Chicago, IL to the late Ralph and Josephine Ferrante.

Vic was a proud first-generation immigrant, where his parents came over from Italy by way of Ellis Island – his father in 1923 followed by his mother and eldest brother in 1926.  Despite being the youngest of their four children, he was instilled with a determined work ethic from a very young age.  After graduating Mt. Carmel High School in Chicago in 1955, he joined the Navy where that would provide the financial funding to attend and graduate from The University of Illinois.  Post-graduation, he worked for Katz Communications, where over the course of 19 years held various senior level management positions.  During his tenure at Katz, he had a chance meeting in an office elevator, an office romance ensued and on October 29th, 1966, he married Margaret ‘Midge’ (Ryan) Ferrante. Over the years, they moved back and forth from Chicago to Connecticut several times due to office transfers, adding to their family along the way.  In August of 1978 they settled into New Canaan, residing in the same residence for the past 41 years, where they raised their two daughters, Lisa and Michelle.  In his days of semi-retirement, he joined the board of Noble Broadcast Group as a member and financial advisor, where he played a central role in building a great broadcast company.  There were also perks to being on the board, those being trips that took both Vic and Midge to amazing destinations; Scotland, Australia, Ireland, Spain, Italy, Hong Kong to name a few, something that they both thoroughly enjoyed.

Vic had a passion for golf and a love of a great meal.  As an avid golfer, he played some of the best courses, Pebble Beach, Augusta, many Ireland courses and spent winters in Arizona for over 20 years, extending his golf season.  We believe his love of great meals came from his humble beginnings as he took great pleasure in always being a top-notch host.  Of those who have met him and know him well, they will undoubtedly call out his wry sense of humor, determination, and loyalty.

He is also pre-deceased by his wife Margaret (Midge), brother Michael, and brother Tony.   He is survived by his sister Louise, and his daughters and their husbands, Lisa Ferrante and Jeffrey Sandreuter of New Canaan, Michelle Ferrante Walsh and Keith Walsh of Stamford; and grandson Graham Walsh.

The family will receive friends at Hoyt Funeral Home, 199 Main St. in New Canaan on Thursday, September 26 from 4-8pm.  A mass of Christian Burial to celebrate his life will be held on Friday, September 27, 10:00am at St. Aloysius Church in New Canaan. At ‘dad’s’ request, wearing ‘Easter’ hats are encouraged.  The ladies in his family always made it a tradition for their Easter celebrations and we honored his wife in the same way.  In lieu of flowers, contributions in Vic’s memory may be made to Bridgeport Rescue Mission at www.bridgeportrescuemission.org.

Share Your Memory of
Victor
Upload Your Memory View All Memories
Be the first to upload a memory!
Share A Memory
Plant a Tree