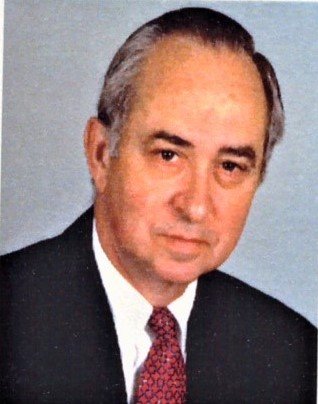 Bernard V. Capuano of New Canaan, CT passed away peacefully at home on September 13, 2019.  He was born on December 16, 1938 in East Stroudsburg, PA to the late Albert and Beatrice Capuano.

After graduating from East Stroudsburg University, Bernard completed his master’s degree and professional diploma from Teachers College Columbia University.  He taught mathematics at Greenwich High School, later becoming the department chairman and an administrator for the Greenwich Public Schools, with oversight and development of the mathematics and science curricula for all K-12 students.  As President of the Association of Teachers of Mathematics in Connecticut (ATOMIC), he served on numerous committees including the State Evaluation Committee which determined accreditation for each public university in the state, as well as Quinnipiac University.  After retiring from education, he was a real estate broker for William Raveis Real Estate in New Canaan.  Outside of his professional interests, he was a member of the Springdale Fire Department where he served a term as Vice President.

Bernard is survived by his wife Mary, his son George of Bridgewater, NJ, and his brother Leonard (Clarene) of Barnegat, NJ.

A Mass of Christian Burial was celebrated on September 16, 2019 at St. Aloysius Catholic Church in New Canaan.  Burial was in Calvary Cemetery in Rutland, VT.  Hoyt Funeral Home was in charge of the arrangements.

Reflective of his diverse charitable interests, memorial contributions can be made to the New York City Rescue Mission (www.NYCRescue.org), Guiding Eyes for the Blind (www.GuidingEyes.org) or the Search Dog Foundation (www.SearchDogFoundation.org).

Share Your Memory of
Bernard
Upload Your Memory View All Memories
Be the first to upload a memory!
Share A Memory
Plant a Tree